It is commonly known that grapefruit should not be eaten if you take medication for your blood pressure. Grapefruit somehow interacts with blood pressure medication(I do not know the science behind it) and can put you at serious harm of fatality, if jointly consumed.

Recently, a few medications typically used for pain relief (nerve suppression medications, mostly), have been re-categorised and are now “Controlled Substances”. I have been taking controlled medications for roughly six years now, so in my house we know all the regulations, do’s and don’t’s and what medications not to mix.

The main reason I became aware of this change is because my Anthony, uses some of these re-categorised medications, to help relieve his symptoms of Restless Leg Syndrome. We were not pre-warned by the GP about this change and were only made aware once we had put in his electronic order for the medication.

Due to this recent change/re-categorisation of various medications, I decided to look a little further into which medications are controlled and why others or not. I found that it is mainly opioid based drugs (Morphine, Fentanyl, Oxycodone, etc), that are classed as controlled. However, during this process I found something that startled even a seasoned medicated patient, like me!

It is something that I have never been made aware of by any GP/Nurse, has not been in any warning leaflets that come hand in hand with every medication and has not been touched upon in the slightest by my specialist pain management teams!

If you take ANY opioid based medications, you should not ingest any grapefruit, for the exact same reasons as people who take blood pressure medications. I have in fact come to learn, that grapefruit actually increases the potency of these dangerous and highly regulated drugs! I was shocked and rang my Dad. My Dad takes medication for his blood pressure and I distinctly remember him coming home from the GP one day saying he could no longer eat grapefruits.

His sister was on the grapefruit diet at the time and Dad was on a health kick. We were discussing its benefits for health, but how tart and bitter it can be. His sister said that the health benefits outweighed the awful taste, but reminded my Dad not to eat any.

Now, in the chronic illness community that I am a part of, many of us take opioid based medications. Not one of the people I asked about this (who are on opioid meds), had ever been told by a health professional that grapefruit causes a harmful reaction to our daily medication! They were all so shocked, that one of them created a warning poster and broadcasted it over social media to warn others in our community.

Sadly, a friend of mine did not get this message in time. She ate grapefruit as part of her breakfast and within hours was rushed to hospital, she essentially unintentionally overdosed because she was not properly educated about the medication she had been given! Thank God, that she is okay and was treated as quickly and effectively as possible, but only because her husband saw our warning on social media and told her doctors!

Warn your spoon friends, pass this on, reblog and share on your social media. Help Save A Life!

This site uses Akismet to reduce spam. Learn how your comment data is processed. 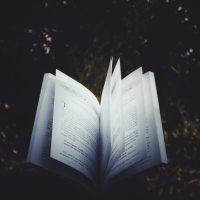 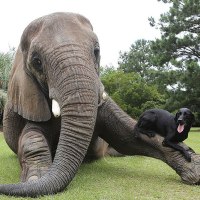 emerging trends in technology and intelligence